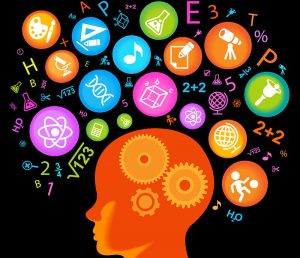 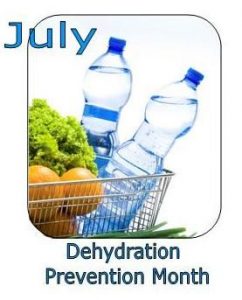 Dehydration is a risk for any population, kids, adult and seniors alike. Especially when summer hits, we are running around with different outdoor activities and out of our normal routines. We may not remember to “water” ourselves. In fact, our plants are probably watered with more diligence during this time of year.

Watching for signs of illness in a loved one can be challenging. Some illnesses show up quite clearly, while others have a more subtle, even insidious, effect on daily living. Dehydration, depending on the severity, sometimes creates only small telltale signs while having a big effect on the body, especially in the elderly.

Why Elderly are Prone to Dehydration

Dehydration occurs when a person loses more water than they take in. Adequate fluid intake allows the body to regulate temperature through sweating, maintain blood pressure and eliminate bodily waste. When people can’t drink enough water – or they simply forget – dehydration sets in. Blood flow to the skin decreases, along with the ability to sweat. Result: the body heat builds up. Body temperature of 104 degrees = danger; 105 degrees = definition of heat stroke; and a temperature of 107 degrees = potential irreversible organ damage or even death.

The key is to be prepared and know what to look for. Symptoms and results of severe cases of dehydration can include confusion, weakness, urinary tract infections, pneumonia, bedsores in bed-ridden patients and death. Generally speaking, humans can’t survive more than four days without water. 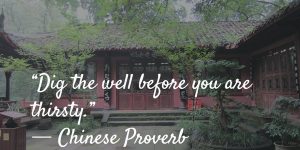 If you are “thirsty” for more tips for caregivers, visit our website at www.the-caregivers-journal.com .

PTSD, short for posttraumatic stress disorder, is a mental health condition that can occur after someone experiences a traumatic event like combat, an assault or a disaster.
The National Center for PTSD promotes awareness of PTSD and effective treatments throughout the year. Starting in 2010, Congress named June 27th PTSD Awareness Day (S. Res. 455). In 2014, the Senate designated the full month of June for National PTSD Awareness (S. Res. 481). The purpose of PTSD Awareness Month is to encourage everyone to raise public awareness of PTSD and effective treatments. We can all help those affected by PTSD. 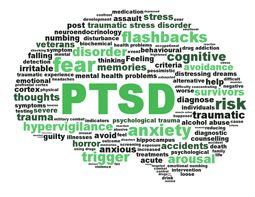 Here some some facts:

After a traumatic event, most people have painful memories. For many people, the effects of the event fade over time. You or a loved one for whom you care could have PTSD if the normal responses to trauma (including feeling scared, keyed up or sad) do not get better after about a month or they get worse. Mental health experts are not sure why some people develop PTSD and others do not. If stress reactions do not improve over time – they can continue up to years afterwards – and they disrupt everyday life, it is important to seek help to determine if PTSD is present.

If you suspect that you or a loved one have PTSD, talk to your doctor or in the case of current or past military members call the VA and ask for a PTSD evaluation. There are clinical versions for both non-military and military specific (you can also check out the overall quiz below).

For more information on PTSD from the National Institute on Mental Health in a simple and easy to read brochure in printable format, click here .

This video is an easy to understand “story” board about PTSD

Dr. Jan Seahorn presenting a TEDx Talk on understanding PTSD (she is a caregiver to her husband who has PTSD)

In honor of our military caregivers, The Caregiver’s Journal is supporting the awareness and funding of the documentary, The Weight of Honor.

The Weight of Honor gives viewers a never-before glimpse into the lives of the mostly unseen and uncelebrated Family Caregivers of the catastrophically wounded veterans from our current wars. Of the 5.5 million veteran caregivers in the USA there are over 1.1 MILLION Family Caregivers caring for these most recent veterans. Caregiver issues of job loss, burnout, suicide are far beyond epidemic proportions.

When wounded veterans are released from critical care and sent home to recover, their spouses, brothers, sisters or parents often become their full-time caregivers. PTSD, paralysis, catastrophic burns, loss of one, two, even three limbs – the “caregiver” takes on duties usually reserved for nurses, physical therapists and even psychologists. Faced with these enormous caregiving duties, jobs are interrupted, careers are stalled, lives of the civilians and families are up-ended in ways unimaginable.

In order to encourage everyone to contribute, author Marie Gibson is happy to announce that she has donated 300 copies of The Caregiver’s Journal to support awareness and fundraising for a very important caregiver’s message in the documentary film. For each of the first 300 people who donate $30 to The Weight of Honor IndieGoGo campaign between May 17 and June 24, 2016, Marie will send them one copy of The Caregiver’s Journal. Your contribution to the IndieGoGo campaign will help shine a light on the caregivers needs and make a difference in the fight for the support that our military families so deserve.

The film is backed by a 501(c)(3) fiscal sponsor: From the Heart Productions. Their sponsorship makes much of your donation tax deductible. Please see details on each donation for specific tax deductible amount.

Below is a video about the IndiGoGo campaign.

Click below to view the The Weight of Honor documentary trailer.

For more resources to help all caregivers, please visit our website at www.the-caregivers-journal.com .